The public washhouse in Cubelles

In 1882, the americano Joan Pedro i Roig donated his private washhouse in perpetuity to the citizens of Cubelles so that they could use it. At that time, water was a scarce resource and people stocked up on it from a cistern, some wells and the river, that used to flow down with little water most of the year. That is why Mr. Pedro decided to build two public fountains and gave to the village nine local inches of water (aprox. 2884 UK gal/day, according to the deed of donation), one inch supplying the washhouse exclusively.

Although the donation was made at the end of the 19th century, there is evidence that the washhouse existed before that time and it is believed that it had been used, but there are no reports either about how long or if it was at the same place.

In the first half of the 20th century, some repairs were made: the basins in 1920, the drainage in 1923 and the walls in 1930. The roof was built in 1931. Towards the end of the 70s, the place was gradually abandoned because of the expansion of washing machines, and was eventually shut down. However, it was still being used sporadically until the beginning of the 21st century.

In 2004, the washhouse was included in the Pla Especial de protecció del patrimoni històric, arquitectònic i ambiental de Cubelles (local protection plan). Since 2003, the local female association Associació de dones La Fita de Cubelles conducted a campaign for the restoration of the public washhouse, until a restoration project was signed in 2010. The washhouse was categorised as a Local Asset of Cultural Interest (Catalan appellation) in the town council plenary session that took place on February 18th, 2014. The restoration works were finished in 2018. 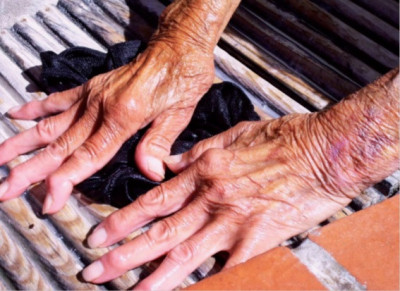 >>Mrs. Aurora Garcia Bertomeu wrote up in 2008 a report with the testimonies of some women who, in the past, went to do the laundry. These hands belong to Mrs. Inés Muñoz García. Picture: Maria Trives Desola. Col. Associació de dones La Fita (AMCUB). 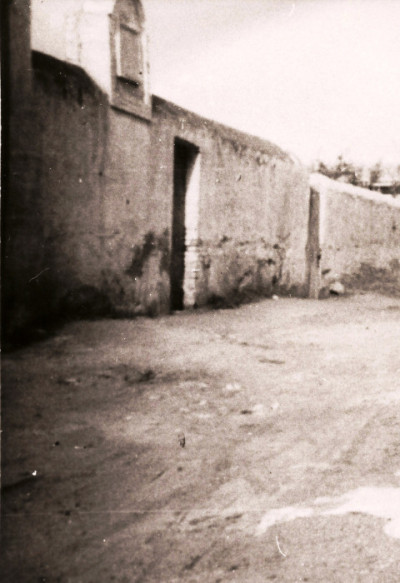 >>Outside view of the communal washhouse in the fifties. Picture: unknown author. Private file: Antoni Pineda i Gavaldà. 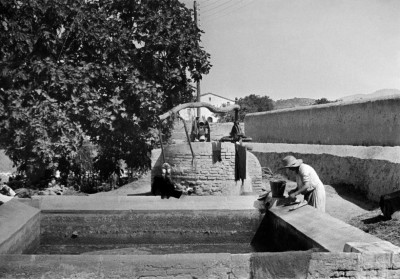 >> In some private houses and “masies” (typical country houses in Catalonia) there were washhouses, as well. In the photo, washhouse and orchard waterwheel from Cal Pufarré, between Horts street and Raval street. In the background, the «masia» Cal Granell. 1928. Picture: Ermengol Alsina Munné. Col. Alsina Munné/IEFC. AA-20-S.194 [9]p